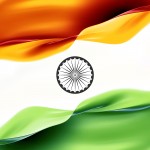 India celebrates yet another Independence Day today, 15th Aug 2013. I think of the early childhood days when the Independence Day was all about flag hoisting, school parade, and boring speeches by some big man or lady who did not make any sense whatsoever. The celebrations ended with distribution of sweets and time away from school for the rest of the day.

As we grew up, the natural transition from innocence to ignorance and then to cynicism was filled with curiosity, learning and revelation. It takes a lot of efforts to move out of cynicism and look at situations more objectively and realistically. Today, as I look at India, I see immense goodness in the country and feel the inexplicable pride of being an Indian. Yes, there are a lot of difficult, critical and urgent issues we are currently dealing with but which country is not?

Being a part of a firm involved in diversity consulting, I am perennially in awe of the diversity of the country called India. India is probably the only country in the world where people co-exist peacefully with complex diversity at its core. The diversity of language and religion is the most obvious and most talked about. But if you look deeper, there are numerous hues and colours you will find in the length and breadth of India. India is the youngest country in the world and probably the most innovative of all, thanks to the power of the young minds. Probably this is the only decade that will live to see Freedom Fighters and Twitterians at the same time. The Urban Rural divide is diminishing by the day with ever increasing migration to cities and development of villages and small towns in education, infrastructure and realty. Yet, there is an undeniable difference in the urban and rural shades.  The last decade probably has the highest number of entrepreneurs India has produced and today, young and old ideas co-exist to form the new Indian business world! Freedom of expression has taken an all new meaning with the LGBT community voicing out its rights and women fighting for what is legitimately theirs.

Considering the patriarchal nature of the traditional society of India, gender was never a diversity issue until recently. But the growing power of women at work, in society and in families has given rise to gender equality as a key focus in politics, education, society and the corporate world. The last few years have seen our Governments provide as many opportunities and schemes as possible to empower women. It is a matter of pride to see women and men walk shoulder to shoulder and make decisions at work and home with mutual respect and acknowledgement. There is work to be done but progress was never achieved overnight, was it?

Look around you and you will find layers of leadership that you have never seen before. The Parliament today has representations of people belonging to the pre-independence era to new age entrants who passed out of college only very recently. There is a young woman who is contesting the by-poll in Karnataka. If she wins, she will be the youngest Member of Parliament in India at 30. Leadership in India is no more what it used to be 20 years ago. It is taught very early in school and people have the guts to dive into entrepreneurship soon after their education. People of my generation were only taught to find a secure job, preferably a Government one, to cement a secure future. Youngsters today have the courage that was hitherto never seen in India, thanks to growing opportunities, awareness, encouragement by parents and favourable Government policies. Dimenzion3, as consultants in leadership have a lot of work to do in this arena and many lessons to learn!

I am proud to be an Indian and even more proud that I am blessed to exercise my freedom of expression, right to livelihood and experience democracy like no other country provides. If DimenZion3 as a firm exists in India it is due to the abundance of opportunities to exercise these rights and freedom and the opportunities provided by our leadership. The opening lines of Pandit Nehru’s ‘Tryst with Destiny’ are a fitting tribute to the ever evolving India. ‘Long years ago we made a tryst with destiny, and now the time comes when we shall redeem our pledge, not wholly or in full measure, but very substantially. At the stroke of the midnight hour, when the world sleeps, India will awake to life and freedom. A moment comes, which comes but rarely in history, when we step out from the old to the new, when an age ends, and when the soul of a nation, long suppressed, finds utterance’

India is not just a country, it is what life is. Vande Mataram!