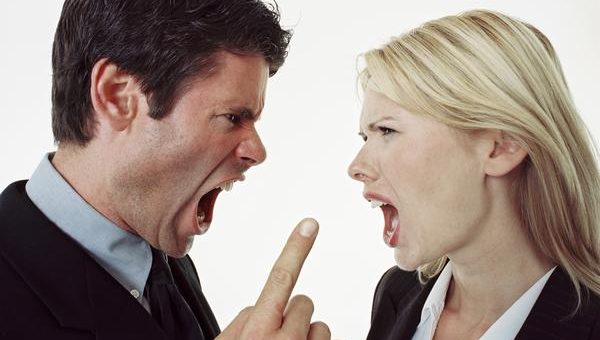 HR and Finance – The Payroll Drama

Raghav and Sonia were forever seen together in meetings. No – It’s not that they loved to work with each other. It’s just that they didn’t have a choice. More often than not, their meetings were not to discuss about work but they were to discuss about how the other person should work. No month passed by without a mediatory meeting being called by the Business head to resolve the interpersonal issues between Raghav and Sonia, the HR and Finance team leads respectively.

There was an evil devil playing havoc in the lives of Sonia and Raghav that protruded its head out once every month and left behind trails of destruction for all to see. They had lovingly named this devil as ‘PAYROLL’. Payroll was to Sonia and Raghav what Shakuni was to the Kauravas and Pandavas. Payroll played the role in their lives that Manthara played in the lives of King Dasharath and Kaikeyi.

It all started when Sonia joined Precicon Systems, a growing organization in the precision machine tools industry, as HR. Sonia was a very smart, people oriented and compassionate person, yet raw when it came to the ways of the world. People mattered the most to her and she had learnt the art of getting to resolve issues by appealing to people’s hearts, in the last 5 years of her work experience. Raghav on the other hand was a seasoned finance professional, having worked with different organizations for almost a decade. He had the confidence of the business management due to the many cost cutting measures he had successfully implemented within 18 months of his joining Precicon. He came across as competitive in nature and never minced his words while interacting with people. He was ice cold in approach and did not boast of friendly relationships within the organization. His team managed the payroll process for the company before Sonia came in and was given responsibility of providing payroll inputs to finance over and above other HR responsibilities.

Raghav and his team transitioned the payroll process, trained Sonia on her responsibilities and then it all started, from the next month…

Sonia, had a couple of suggestions to offer to which pat came the reply from Raghav, “We don’t have time for all this. Just follow what has been taught to you.”

Sonia processed the next payroll as per the process laid out by Raghav and the days that followed were as chaotic as the stock market crash for both of them…and others around. “This is NOT what was agreed. Half of the data is missing. Here is a list of loans and advances by various employees and that has not been included in the inputs sheet.” Sonia was taken aback. She insisted, “This was not something I knew. I wasn’t told about this. We never discussed about these loans and advances.” Raghav gave a look that Sonia was not familiar with but definitely knew it wasn’t well intended. Raghav took it upon himself and had his team factor in the loans and advances and processed that month’s payroll. When the monthly report was published, Sonia found that the data was way different from what was actually transitioned to her.

Two months passed by and this time, there was another email from Raghav with a cc to the Operations head and CFO, which obviously meant an escalation. “Sonia – We have discussed this and I have already communicated to you the information required from you on the master data. Please fill the cells marked in yellow and revert to me by day end. I will not process the payroll this time if I don’t get your inputs by evening.” which essentially meant that Sonia would be responsible if the employees do not get their pay on time. When Sonia saw the sheet, she realised to her dismay that the cells marked in yellow were something that she had never seen before in the master data sheet, implying that they were just added by Raghav and sent as if she missed providing that information.

On the other hand, Raghav was growing impatient on the continuing errors and mistakes Sonia was committing. He had made it clear to the management that he can no more work this way with Sonia as she is not able to bring up simple reports and just doesn’t seem to use her common sense. He was like, “A cat would probably have learnt faster than her.” A series of escalations, intervention meetings by the Operations head, minutes of meeting and mutual agreements and then a series of new escalations and allegations against each other followed in that cyclic order over the next few months.

Things had gone out of control and Raghav found himself in feedback sessions around his interpersonal skills. This is something that he resented. On one side, Raghav had many other things to do that had strategic importance to the organization and found it trivial to engage with Sonia. On the other, Sonia felt a deep sense of disdain and resignation from the never ending conflicts. She felt that she put her best efforts but no efforts were good enough for Raghav and she behaved like a victim. It was a vicious cycle for both of them. It never seemed to end. But it finally ended. Let us explore some questions and discuss the end to this story. This story has the potential of ending in three different ways. How would you like it to end?

Some questions to explore:

brings to you payroll services to end the pains associated with your Payroll Process.

DimenZion3 is a One Stop HR Shop providing end to end HR Solutions through our four key businesses.